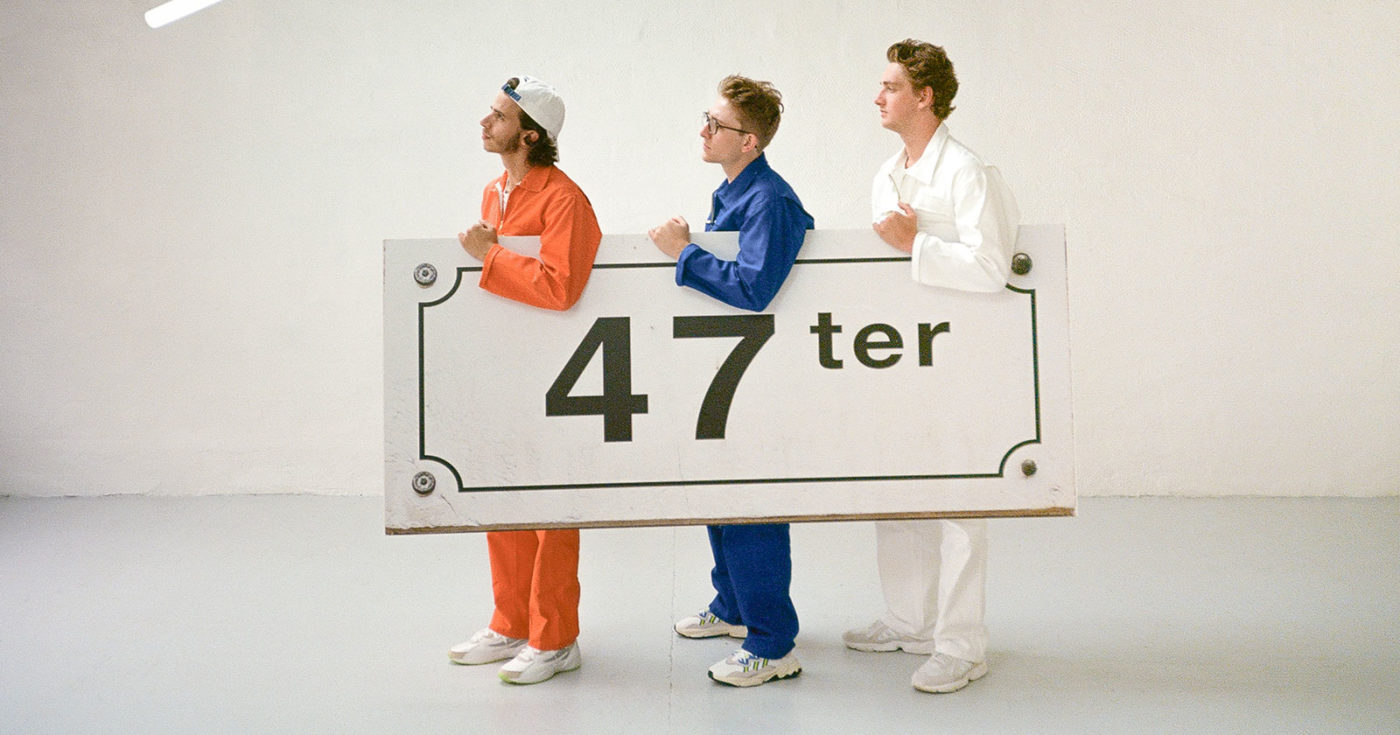 This is tale of passion and friendship, a tale that began at college and (between you and me) could end in the firmament itself. It is the tale of three young men forming groups, composing, having fun, scrabbling about, hesitating, experimenting with English and ultimately opting for French. It is the tale of three young men from chic Bailly who flaunt their self-deprecation with fantastic aplomb and decided to carve out a place for themselves in a hip-hop scene that sometimes tumbles into self-parody. Under a name that makes reference to the address of the municipal hall in the town where they grew up, this trio bring a pop touch to their rap, injecting a good dose of banter and tongue-in-cheek humour into their flow with no regard whatsoever for convention, as their extremely skilful debut album ‘L’Adresse’ proves. So we think that 47 Ter’s audiences will definitely be shouting for more!