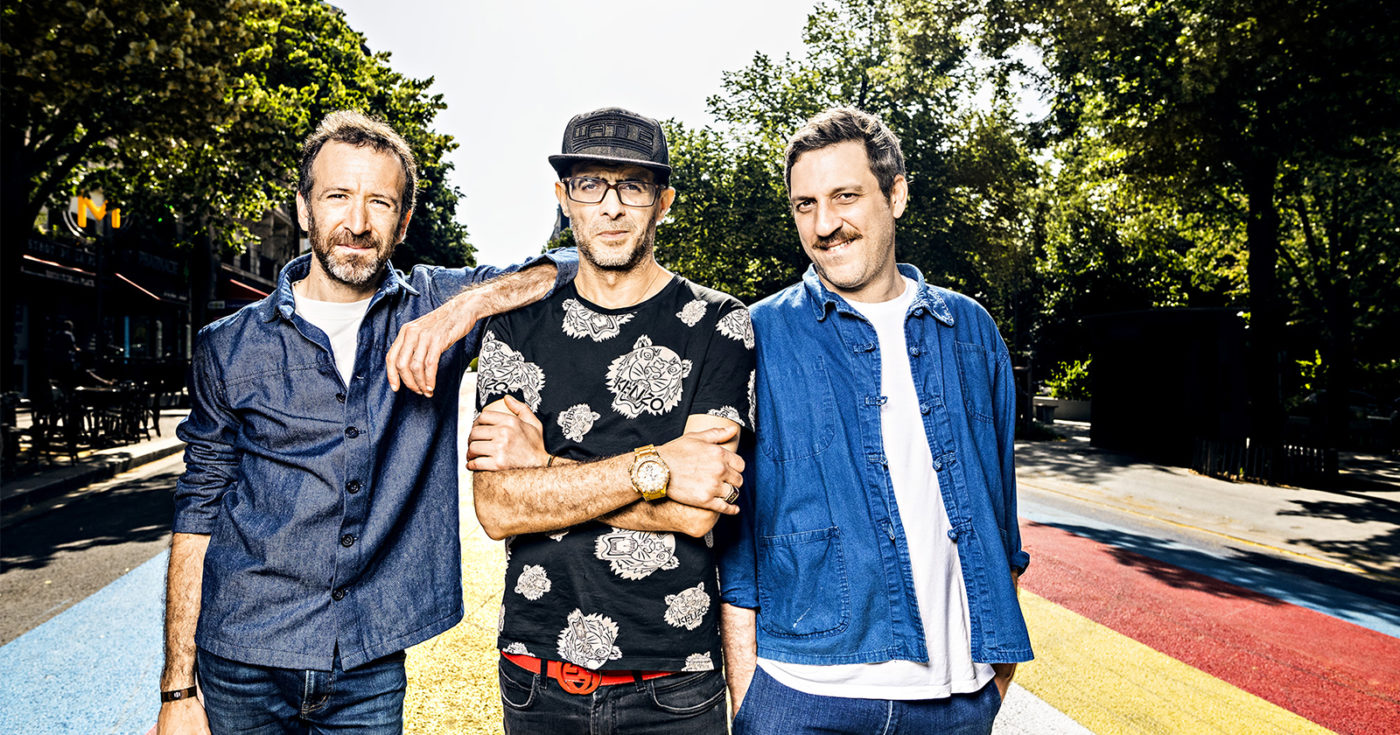 It all began back in 2007, when Hervé Carvalho was working in a bar in Paris and he met party-master Guido Minisky. With a penchant for eclectic sounds and a passion for vinyl, they wanted to give listeners an alternative option. And so, five years’ later, the Acid Arab night was born. Then came the first live set, followed by another, before a flurry of festivals came knocking at their door. With their desire to burn down barriers, Acid Arab brings Detroit and Chicago to the Mediterranean and Manchester’s Haçienda to the heart of Algiers, as a certain German discipline pairs up with Egyptian ease. Since releasing the superb Musique De France back in 2016 and some hundred or so gigs around the world, the duo became a trio, as keyboardist Kenzo Bourras joined the fold. Their second album as a three-piece, Jdid, features oriental music with western electronic curves, and is a continuation of their joyful celebration made to make ecstatic party-goers dance.