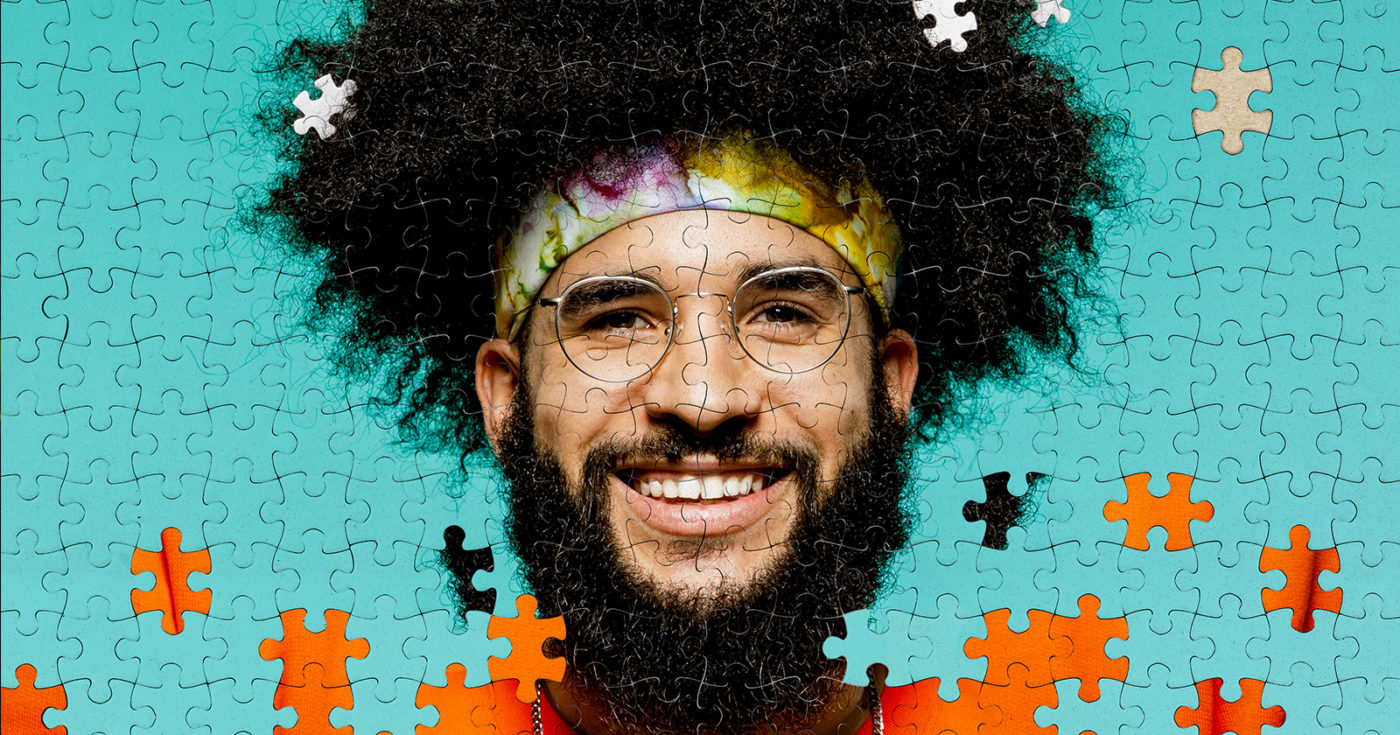 Kikesa, who? Ok, so between me and you, if you ask that question to the team behind the Booska-P webzine, to Deezer or Spotify listeners and to some 40,000 YouTube subscribers, you’ll sure to make them laugh. Social media prodigy and Nancy-native, Steven Jarny has made a little place in the sun on the French rap spectrum – a world he’s been dabbling in over the past decade. Every month since December 2017, he posts a “Dimanche de Hippie” exclusive video, where he wastes no time in showing off his chatty demeanour and cheeky flow. For him, music knows no boundaries, as he digs from hip-hop, trap and future bass to create a colourful universe filled with humour. After releasing a number of tracks on the web and three mixtapes in tow, he stunned audiences at the Vieilles Charrues festival before playing to a sell-out crowd at the Olympia in Paris. And now, he’s even gathered the pieces of his “Puzzle” for his breath-taking debut album. So, when you ask who Kikesa is, now you know.